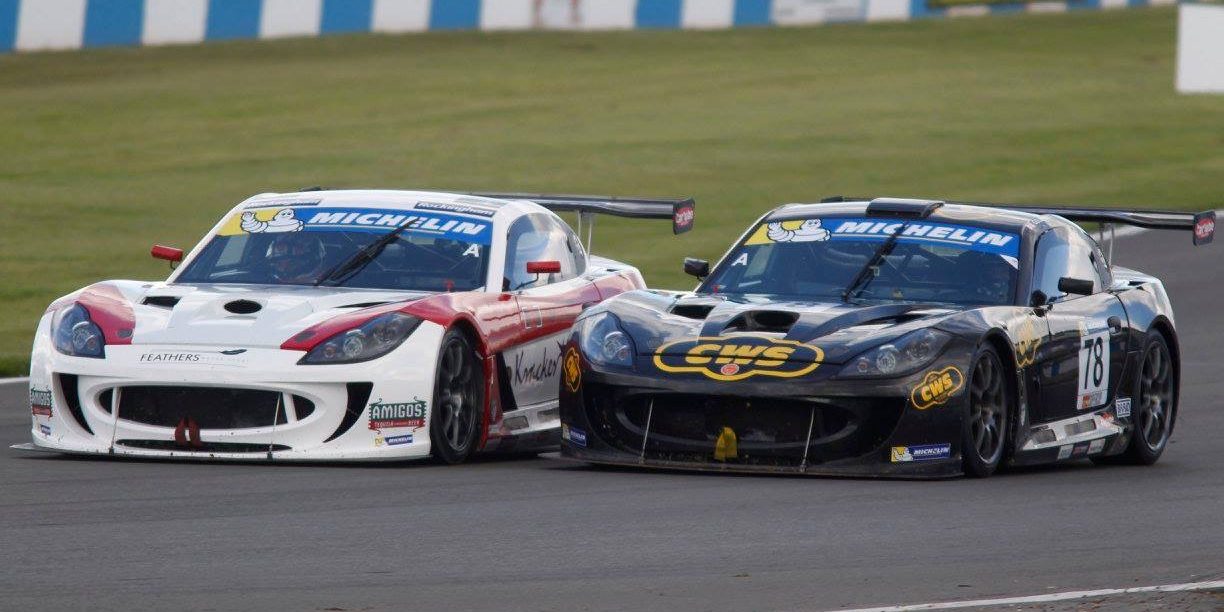 In 2014, having become a close friend of Simon’s through business activities, they founded Feathers Motor Sport as a distraction from their busy day jobs, only to find that the team, having now won two championships and raced cars at Goodwood and the Algarve Classic Festival gaining 15 minutes of fame, that this is becoming a full time job with a great following of likeminded supporters.

Matt raced in the AMOC Intermarque championship in 2014 and in 2015.

Simon achieved one of his ambitions running FMS classic 1964 Ginetta G10 at the Goodwood 74th Members meeting in 2016 and hopes one day to participate in the Mille Miglia before this event ceases to exist.

Four years on, FMS has raced each year in the championship in the amazing Porsche 968s winning for the last two years and running 3 Porsches in 2016 and additionally procuring the very rare 1964 Ginetta G10 which raced at Goodwood 74th Members Meeting and the Algarve Classic Festival in 2016.

The interest in FMS activities has grown to such an extent that in 2016 the Team, running a total of 4 cars during the season has grown and at a big race have as many as 8 drivers, 3 engineers, 3 support members running pit boards and timing, and a catering manager and typically 25 supporters in the FMS garages.

For details of dates, please see the calendar or for any further information, contact simon.rose@featherslifestyle.co.uk

Go to the Feathers Motorsport Wesbite

Feathers Properties Ltd of which FMS is a subsidiary.

No Stone Unturned are Human Performance Engineers, Driving our Athletes “To be the best they can be!”

Commsquest is an outcome focussed communication and change agency.  We’ve worked across many industries and helped teams in Porsche, Unilever, Shell, EDF, Roche and Diageo to name but a few.
Our mission is to drive engagement and accelerate business change.

From merchant bank to private bank.

Motor racing is an expensive sport and we are very grateful to our sponsors.

If you think that you or your company might wish to sponsor Feathers Motorsport, then please contact us to discuss possible sponsorship packages, and what you might get for your support.